Most moles are benign and harmless, but what about dry, scabby moles? In a recent blog post for ScarySymptoms.com called “Scabby Dry Mole: Possible Melanoma or Benign?” Dr. Joel Schlessinger weighs in on what your mole’s appearance could be telling you.

If a mole has grown dry and/or scabby recently, there could be a number of different causes, and Dr. Schlessinger reassures that it is most likely not melanoma, a type of skin cancer. Often, a mole that has grown dry and scabby is simply an irritated mole. Everyday irritation can be difficult to pinpoint, but is often caused by scratching, friction from clothing, new personal care products and prolonged exposure to chemicals like chlorine.

A mole that has grown dry and scabby may not even be a mole at all. Seborrheic keratoses can look remarkably like moles or melanoma. In reality, a seborrheic keratosis is actually a benign growth often attributed to prolonged sun exposure and genetics. Seborrheic keratoses are typically black, brown or tan in appearance and could have a raised, scaly or waxy texture. They are often mistaken for warts or moles.

Seborrheic keratoses are normally painless and will not cause cancer, but they can change in appearance suddenly, even if they have looked one way for some time. This gives the illusion of a changing mole, one that could be developing into cancer. A changing seborrheic keratosis if not usually a cause for concern or removal unless it has grown to be a cosmetic nuisance or frequently bleeds from rubbing clothing.

Pay a visit to a dermatologist like Dr. Joel Schlessinger to get any suspicious growths inspected.

While a scabby, dry mole is probably nothing to worry about, prevention is key, and Dr. Schlessinger recommends seeing your dermatologist.

He advises: “If you have something on your body that is changing and shows odd symptoms such as this [scabby, dry mole], especially if it bleeds, it is time to see your dermatologist for an evaluation.”

Can minoxidil cause gray hair? Dr. Joel Schlessinger shares the answer with ScarySymptoms.com. 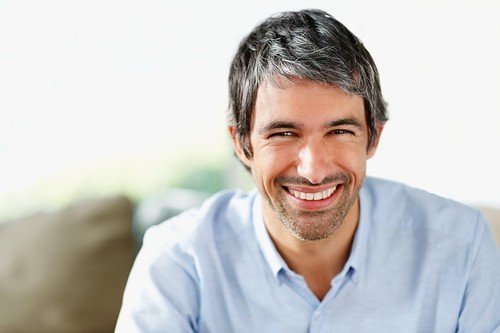 Minoxidil, more commonly known as Rogaine, is a topical hair growth drug that is used to treat male pattern baldness, as well as hair loss in women. One common side effect of this drug is hair growth near the areas of application, such as facial hair growth in women. Some patients have also reported that they think Minoxidil has caused their hair to turn gray. In a recent article on ScarySymptoms.com, Dr. Joel Schlessinger explains a possible explanation behind this phenomenon.

Do you have a question about hair growth treatments for Dr. Joel Schlessinger? Share with us in the comments. 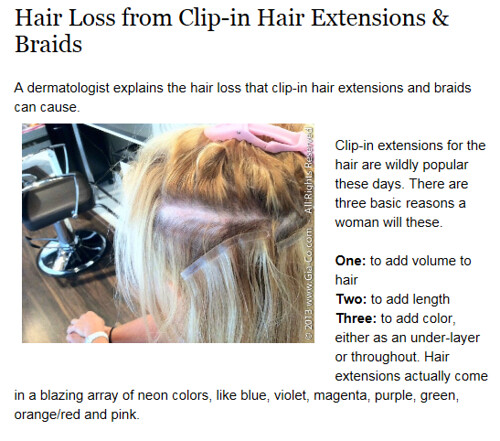 Extensions have become wildly popular in recent years to help add volume, length and color to hair. However, before you consider trying this trend, it’s important to understand the issues that could arise. In a recent post on ScarySymptoms.com called, “Hair Loss from Clip-in Hair Extensions & Braids,” Dr. Schlessinger shares how hair extensions and tightly woven styles can cause hair loss.

The most important problem to keep in mind when it comes to clip-in extensions is the tension and pulling they can cause. Gradual hair loss from pulling force is called traction alopecia. It is most commonly seen in those individuals who frequently wear their hair in tight braids, buns or ponytails, but hair extensions are also a known culprit. The repetitive pulling or traction on hair roots can cause a prematurely receding hairline characterized by a sparse fringe of growth at the natural hairline. In the case of extensions, metal or plastic clips can weigh and drag hair down, causing a pattern of hair loss wherever they are placed. Extensions are also known to cause tangling, tearing and breakage when they get caught in hair, resulting in loss.

For temporary hair loss from traction alopecia, certain supplements and topical solutions can help encourage healthy growth. Viviscal tablets contain a blend of vitamins and minerals that help strengthen and fortify hair at the root and promote healthy hair. These tablets nourish from within in four stages to help restore and replenish your tresses. Rene Furturer Triphasic Progressive Hair Loss Kit contains a pre-treatment, shampoo and fortifying treatment to increase microcirculation and help you achieve stronger, thicker, healthier hair.

Dr. Joel Schlessinger cites braided hairstyles as a leading cause of hair loss at his Omaha practice.

Hair extensions and tightly secured or plaited hairstyles are “a very significant cause of hair loss” at Dr. Schlessinger’s Omaha, Nebraska practice, and he recommends avoiding them if at all possible. However, if you choose to style your hair in braids or ponytails, you can secure or intertwine your stands more loosely. Dr. Schlessinger recommends styling hair in a low, loose ponytail with the hair tie away from the scalp. You can then braid the hair below the hair tie if you wish. This ensures that there is no traction or pulling between the scalp and the hair tie.