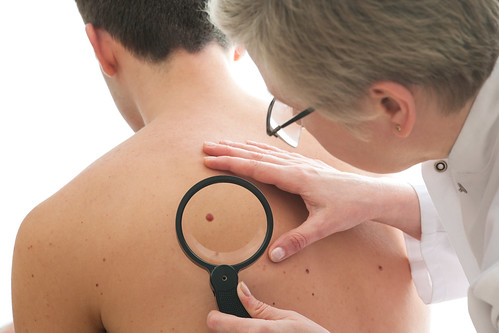 The number of skin cancer cases is on the rise and no one is exempt, not even stars like Hugh Jackman and Kenny Rogers. The two stars, who were both recently diagnosed with skin cancer, were featured in a recent Globe article, “5 Deadly Myths About Skin Cancer,” that also features Dr. Joel Schlessinger as an expert. In the article, Dr. Joel Schlessinger reveals the truth behind several well-known myths about skin cancer.

Contrary to popular belief, a high SPF is not the only factor you need to look at when determining whether your sun protection is adequate. Dr. Joel Schlessinger says you must look for a product that is broad spectrum because it protects against both UVA and UVB rays. It is also important to choose a water-resistant formula and to reapply at least every two hours.

There are also misconceptions about tanning and the use of tanning salons. Many people believe that using a tanning bed is safer than tanning outdoors. This, however, is untrue. You are exposed to just as many dangerous UV rays in a tanning bed as outside. No tan is a safe tan and receiving a tan does not prevent burning or protect the skin against further damage.

Dr. Joel Schlessinger reminds people that everyone is at risk for skin cancer.

It is a common misconception that only fair-skinned people are at risk of sun damage. Everyone, no matter how dark or light their skin tone, is at risk for UV damage and skin cancer. While many believe that women are more at risk, studies reveal that men often account for more cases because they are reluctant to wear sun protection.

Do you have questions about the signs or dangers of skin cancer? Ask Dr. Joel Schlessinger for the answers in the comments section.